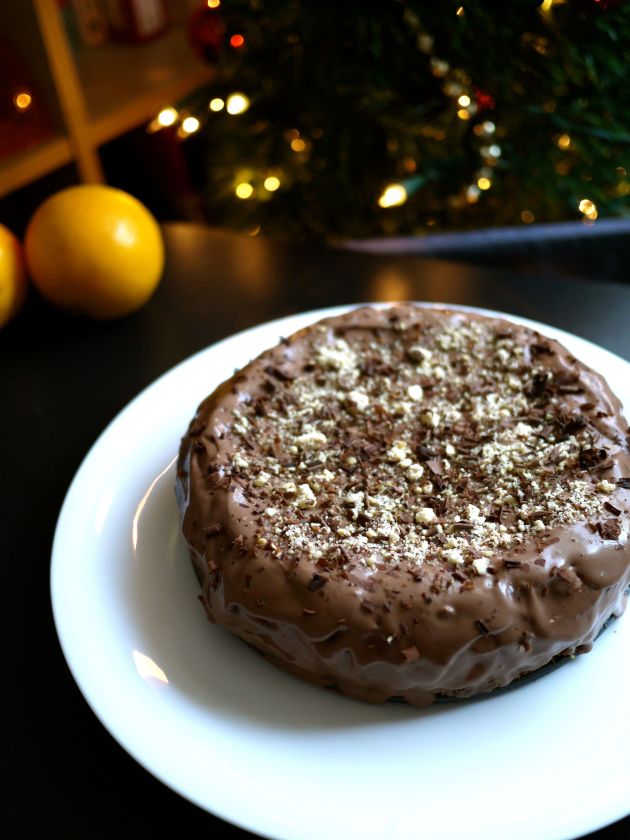 Happy 2014 to you all! It’s a brand new year – a fresh page (actually 365 fresh new pages!). What great projects do you have planned for this year?

While you think about that, maybe I can tempt you with some cake? Some lusciously moist, intensely-orangey and chocolatey, beautiful-tasting cake. Now, if you’re on a New Year’s diet, it may seem a bit mean of me to be tempting you with such indulgences just after the excesses of Christmas.

But actually, this cake is low carb, gluten-free, sugar-free and low-fat – and it’s on my new diet plan (yes, it’s January, of course I’m on a diet too).

A few weeks ago, I downloaded the Trim Healthy Mama e-book and have been trying to wade through its 600-plus pages (yes, 600!) ever since. I’m not totally up to speed on the whole plan just yet, but I know enough to get started, and I’ve been totally inspired by the number of success stories, and delicious recipes, being posted on their Facebook Group page (you can request to join this even if you haven’t purchased the book).

Trim Healthy Mama is a concept created by two American sisters, Serene and Pearl, who spent many, many years researching, experimenting with and writing this diet plan, before getting it published in late 2012.

There’s a lot of nutritional wisdom in THM – to be honest, it’s stuff that I’ve already learned about myself over the years and have come to strongly believe in. But these sisters have rather cleverly incorporated all this information into a very well thought-out and hugely enjoyable diet plan. I hesitate to call it a diet, actually, as it’s very much an eating plan for life.

I won’t go into too much detail here, just yet. But suffice to say, THM is essentially a low carb (but not a no carb diet). Its core teaching is that you don’t mix fuels in your meals. So when you eat a meal high in healthy fats, you must restrict your carbs. And when you eat a meal full of healthy carbs (oats, quinoa, brown rice feature frequently) then you limit added fat to just a teaspoon. You must leave a three-hour space between a fat meal (called an S, for Satisfying, meal in the book) and a carb meal (called an E, for Energising, meal).

Also, sugar is totally off limits, and in its place you can use a number of natural sweeteners like stevia, xylitol and erythritol.

The book is full of fantastic recipes that I plan to work my way through – plus I’ll be posting some of my own here too.

You certainly don’t have to be following THM to benefit from the food being featured. So if you’re looking to lose a little or a lot of weight, please stop by for some regular inspiration.

And so..to the cake. I’ve actually adapted it from a recipe by UK chef Tom Kerridge (I love his simple, hearty, no-fuss cooking). It takes a little more prep time than a normal cake, but is still unbelievably simple to make. You don’t even have to cream butter and sugar as it doesn’t contain either!

I’ve also scaled down his measurements by a third, and it still makes a cake that will give eight satisfying portions. You can find Tom’s original recipe here – and here is my Trim Healthy Mama (ie healthy) version.

The ganache
30g of 90 per cent dark chocolate, plus a little extra for decorative shavings if you wish (I use 90 per cent chocolate for its taste and purity, but if you want to be 100 per cent sugar-free, use an unsweetened baker’s chocolate)
Half cup double (heavy) cream
2 tbsp cream cheese
2 tsp xylitol
Chopped nuts (I used salted almonds) to garnish

This cake actually uses the whole orange, pith and all, so they must be well cooked. Tom says to boil them for one to one-and-half hours, but I found it much easier to pop them in the slow cooker, cover with water and add the star anise and cinnamon stick, and cook on high for at least four hours. A big bonus was that my kitchen was filled with a beautiful spiced orange aroma for the time they were cooking.

When done, (the skins should be soft and the insides mushy) cut in half, remove any seeds, and put into a food processor and blend into a smooth orange paste.

Add in all the dry ingredients and continue to belnd, adding in one egg at a time until you get a smooth batter.

Pour into a well greased cake tin and bake in the oven (preheated to 160C/325F/Gas 3) for between 75 and 90 minutes. Around 40 minutes into the cooking time, cover the top of the cake with tin foil so that it does not burn.

Take out and leave to cool.

For the ganache, put the pieces of chocolate into the cream and microwave in 20 second bursts until it has melted. Stir well. It may seem a bit grainy at this point, but adding the cream cheese and mixing well turn it into a silky smooth mixture. It will be very liquid at this stage, so leave to cool until it starts to thicken. When you are able to spread with a knife, apply it to the top and sides of the cake.

Don’t worry about getting a really smooth finish – I found that adding some roughly chopped nuts and some chocolate shavings made it looked beautiful, while hiding any imperfections.

The texture of this cake is velvety and moist. If you’re more strictly counting calories, you could skip the ganache altogether and simply dust the top with cocoa powder and serve with some light cream cheese. Yum! Happy dieting! 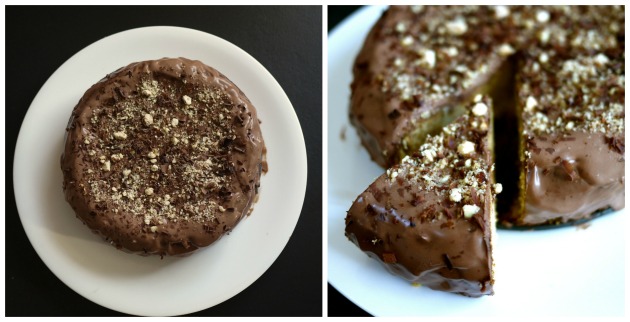 You can have your cake and eat it too! Introducing my first Trim Healthy Mama recipe

Recently on Life and Chai 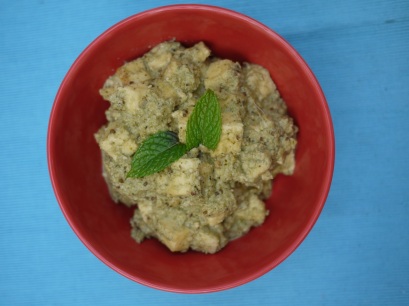